Auditions for a live production of “The Wickham Way” 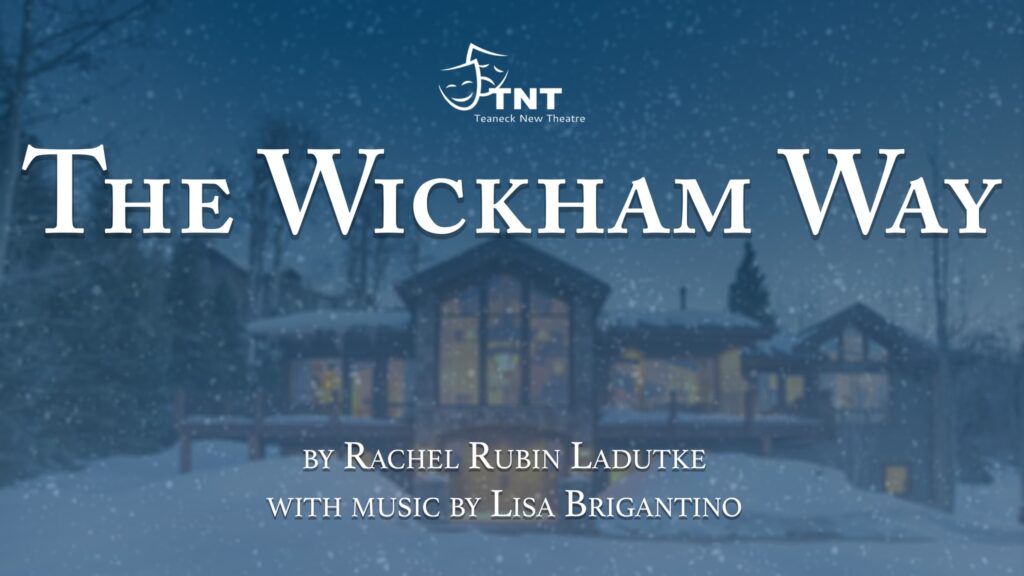 Teaneck New Theatre announces AUDITIONS for THE WICKHAM WAY, a new play by Rachel Rubin Ladutke with original music by Lisa Brigantino. Director: Arlene Schulman. This is a NON-EQUITY Production.

Synopsis: Liza Cooper, an up-and-coming folk singer, returns to her native Wickham, Vermont with her girlfriend Marti in tow. Liza fled Wickham ten years earlier, after a traumatic experience on the eve of her high school graduation. She vowed never to return…until an important occasion demands her presence. Over the course of an emotionally fraught weekend, Liza wrestles to come to terms with her past, in the form of her estranged childhood best friend, Charlie, and makes significant choices about her future with Marti.

Because Liza is a professional musician, THE WICKHAM WAY features four songs by Lisa Brigantino.

LIZA COOPER – female – 27 – lesbian – A rising singer/songwriter. Returning to Wickham from NYC where she lives with the love of her life, Liza is creative, talented, and loving, but has serious trust issues and is petrified about confronting her past. In this production Liza sings four songs accompanying herself on guitar.

MARTI (MARTHA) KAPLAN – female – 29 – lesbian – Liza’s life partner. Supportive, caring, self-confident, protective and totally in love with Liza, she is on the verge of emerging from the corporate world. She is new to Wickham but excited to be wherever life with Liza takes her.

SHELBY BREWSTER – female – late 30s. Liza’s aunt, Shelby is quirky, warm and caring. With a heart of gold she is the kind of person everyone confides their troubles to.

CHARLIE MORSE – male – 27 – gay. Liza’s childhood best friend. Charlie doesn’t understand why Liza left Wickham and he misses his best friend terribly. He is hurt by his grandfather’s seeming rejection over his sexuality. He is, by nature, affectionate, carefree, playful, family-oriented, and open. All he really wants is for his world to be back to the way it was.

ABNER MORSE – male – late 70’s. A wonderful, crotchety old New Englander (from generations back), Abner is Charlie’s grandfather, Liza’s high school English teacher, Shelby’s neighbor and the owner of The Wayfarer Inn. He is recently widowed and still grieving. He has serious difficulty understanding and dealing with Charlie’s sexuality.

Auditions:Sunday, May 15th from 12 p.m. to 4 p.m.(Open call for all roles. Please attend THIS DATE if you would like to audition for Liza.) Location: The Woodrow Wilson School, 81 Hauxhurst Avenue, Weehawken, NJ on Tuesday, May 24th from 6 p.m. to 9 p.m. Additional actors will be seen and callbacks, as needed, will also be held. What to Prepare: Sides will be provided at the audition.***