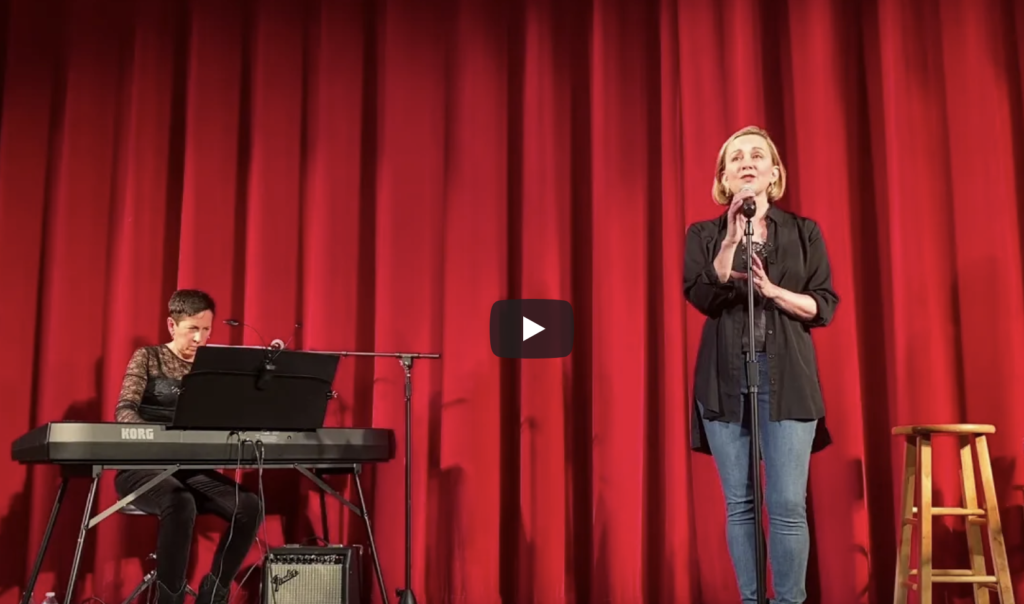 At the beginning of March 2021, I received word that a concert that Susan Haefner and were supposed to have done live in 2020, which had been canceled due to Covid, had been rescheduled for November 2021. Last March, approximately one year after all hell broke loose, was also when vaccines were starting to become plentiful and it finally felt like things were beginning to change. I knew that I wanted to write a song for that live November concert specifically for Susan to sing and I ended up writing a song entitled “One Year.” Here is a link to a performance of the song filmed during the soundcheck for our November concert at Friends of Ludlow Auditorium in Ludlow, VT.