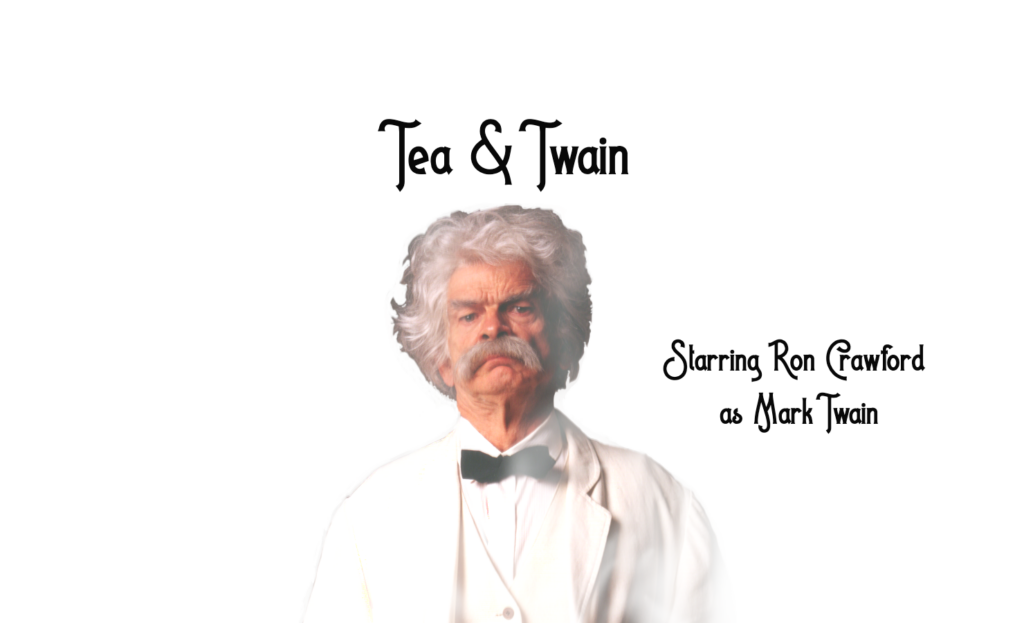 Little Yellow House Studio presents Tea & Twain starring Broadway, film and television actor Ron Crawford as the renowned American author and satirist Mark Twain. Ron’s one-man show is based on Twain’s famous traveling lecture series, featuring readings from some of his most beloved works, including ‘Tom Sawyer,’ ‘Huck Finn’ and ‘Adam and Eve.’ The performance re-creates Twain’s lectures from a hundred years ago, his adventures as a steamboat pilot on the Mississippi, his mining days out West, the Hawaiian Islands, and his first tour of Europe along with his caustic, humorous observations – and a few tall stories.  Read the Preview Article and the Review in the Rutland Herald! Learn more about Ron on the Team Page.

I’m thrilled to have contributed some original piano music as well as arrangements of pieces by Scott Joplin, Stephen Foster and Edward McDowell.

Pay what you can and receive a password protected link within 24 hours to view the final “live on zoom” performance, May 2, 2021.   Visit the Little Yellow House Studio Events page for more details.